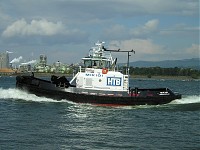 Eight tugboats being built by Foss Maritime have our BR4-MS isolators supporting the main propulsion engines. 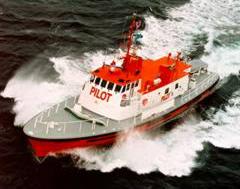 Two 105′ Pilot Boats built by Marco Shipyard of Seattle have Caterpillar 3508 twin main propulsion engines with integral Twin Disc MG-5301 gear isolated on the Soft-Mount package comprised of six BR4-TLS isolators and one 25 RT coupling per engine.
The Soft-Mount packages dramatically reduce noise and vibration in the vessel. In the lounge and mess located directly above the engines the noise is only 63 dBa at full power.

Bob McMahon, MARCO’s shipyard general manager told Lo-Rez that “You just wouldn’t believe how quiet it is – as quiet as my living room! At idle rpms you cannot feel the engines are running, and can barely tell they are running during acceleration. It is the same in the lounge above the engine room. Our people are extremely happy with the results, as are the San Francisco Bar Pilots. “The Lo-Rez Soft Mount system has some complexity to it (during installation) but this is understandable when you realize its effectiveness,” he said. 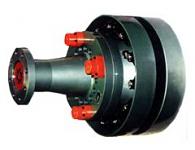